What would happen to my body if I only train my upper body, and instead of leg day, I sprint?

How you react to any reasonably consistent training strategy will depend on a combination of age, lifestyle, genetic factors.

With that in mind, depending on your Genetics, if you decide to use ”Leg Day” for sprinting instead of squats, you’ll probably get better at sprinting.

What will happen to your body? Well, that depends on the factors cited above and how efficiently you train your upper body. But it’s unlikely, unless you started out with pretty tiny legs in the first place, that your lower body will gain any appreciable size or strength.

If size and strength are your overarching goals, the sort of training scheme that you are suggesting here is highly unlikely to yield satisfying results.

Using progressive resistance training strategies on your lower body will, without fail, contribute to overall strength and size.

Is Edamame High In Protein?

This rather random question actually has enough teeth to it that I don’t mind biting.

The answer is YES.

Who would have thought?

I always have a bowl or two at a good Japanese restaurant with some warm sake while waiting for my sashimi & sushi boat to be built. it’s a beautiful tradition…and focuses me on the delights to come!

Edamame is immature soybean and, as such, shares many of the same nutritional characteristics as its more mature self.

There is much back and forth controversy concerning health and fitness benefits of soya these days. I don’t know about you, but I get bored.

My own viewpoint is that the +s probably far outweigh any –s by a long shot.

Although, I would eat edamame for no other reason than because it goes so smashingly well with sake prior to a sushi 🍣 or sashimi main course…or even, god forbid, tempura!

Now, as far as protein content goes, edamame is roughly 10–12% protein by weight. A very decent source of vegetable protein.

As vegetable sources of protein go, it is not precisely in a class with sirloin steak or a scoop of whey protein, but will certainly do as a respectable job supplying a reasonable amount of plant protein.

The data below will give you an idea of a nutritional profile for this tase little legume: 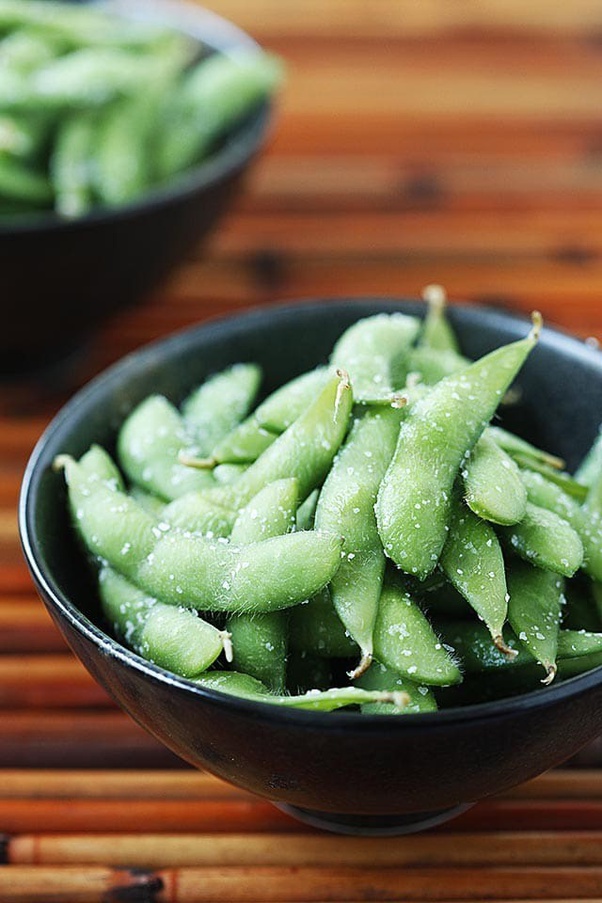 One cup of prepared edamame beans contains the following nutrients:

Along with the above benefits, with consistent use as a foodstuff,  may also help regulate blood sugar levels, reduce blood pressure, help in weight loss and may reasonably be expected to hold a whole bevy of other benefits for some people.

Muscular strength can be measured in various ways, but what most people popularly consider strength is how much force someone can exert or apply in one go, or repetition.

While the crossectional area of a muscle may be one component contributing to the strength of the individual, it is by no means the only or even the main determining factor ”in the real world”.

Genetics will influence tendon strength & leveraging factors, undefinables like motivation and training history affect how focused one is, how hard someone tries and the extent of their neuromuscular conditioning. Even something as mundane as the physics of the lift being used as a test (particularly true if one has been practising a particular lift) can have significant impact.

Other factors may also influence the measurement of strength and there is probably a Bell Curve-type of diminishing returns phenomena, where after a certain size, an increase in strength is not consistent with an increase in size.

One only needs to watch Olympic Weightlifting, where the middleweights, not the heavyweights, invariably turn out to be kilogram-for-kilogram, the stronger class.

What’s the weirdest advice anyone has attempted to give you regarding bodybuilding?

I don’t think it was, uhm…advice, not exactly.

Although, to this day, I’m still not entirely sure what you’d call it (mindset, POV, superstition, ignorance, idiocy, perhaps?).

It was an observation, a conclusion of sorts, from an erstwhile training partner of mine after the 2nd or 3rd training session with me that went something like this:

I am not going to train with you, anymore.

Oh, too bad…why is that?

You train too gonzo, too intense-like.

Yeah, if we keep on training like this, I’ll have to keep training harder and harder in the future in order to make any gains.

Well, yes…that’s the idea…it’s kind of why it’s called progressive resistance, I think.

No, if I keep training with you I’d have to keep upping the dosage in order to make any progress.

I had to admit, there was a weird kind of bitch logic to this train of thought.

You mean like drugs…like Heroin or something? You build up a tolerance, and training easy ain’t no good, no more? I asked incredulously.

It’s the way that I’ve been training for 20 years.

No wonder it took me so long to get this big. 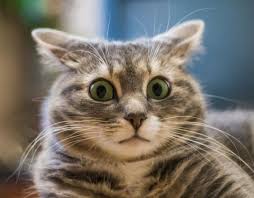 Roman Gladiator Nutrition: They Were Fat.

I have many Heroes and Macho Icons who populate my personal mythology.

Don’t ask where I got them from, because I just wouldn’t be able to pinpoint it.

They have come from everywhere and through the eclectic nature of my existence, picked up higgledy-piggledy, here and there, along several walks of life; from history, from fairy tales, from science fiction novels, movies, cartoons, world religions, my imagination and the mythology of a universal collective unconscious.

They’ve all just got in there, somehow depositing themselves in my brain & soul as inspiration to create havoc and disquietude.

These icons, what are they?

They are variously, but not exclusively: clans of Samurai, Viking Tribes, The Immortals of Persia, The Spartan Hoplites, Mongol Hordes, Celts, Tartars and, of course, the Gladiators of ancient Rome.

Since I have never travelled in Japan, Mongolia or Iceland, but have done some travelling in Italy, Rome being one of my favourite cities,  it is the Roman Gladiator who holds the lion’s share of my interest along with a big slice of my imagination.

I am interested in how these men of action lived, died, loved, fought, drank and of course, ate and trained.

Think this is what a Roman Gladiator looked like, bro? Think again!

Oh, how disappointed I was when I finally found out!

According to recent archaeological research, Gladiator pectorals were far from being finely carved platters of beef, their abdominals were not 6 packs, but more like single huge masses of lard covered layers of subcutaneous and visceral fat.

Gladiatorial meals did not resemble the paleo or meat-and-fish diets of today’s elite warriors and athletes but were more in line with the food choices of Japanese Sumo wrestlers.

Their main meal was based on barley & spelt, flavoured with honey and spices. Any variation to this meal plan would have been legumes, beans and, very rarely, a morsel of red meat, fish, fowl or an egg.

This low protein, carbohydrate-rich diet would have allowed the gladiator to put on large amounts of subcutaneous and visceral fat.

Why? Why would he want to do this?

Because, when you have a spear or sword thrust into your guts, the muscle being vascular tissue, bleeds out and reacts more acutely than layers of less active & complex fat mass.

In other words, fat protects vital organs from damage better than muscle and therefore was more useful for survival in the game of death played out in the arena.

To wash down their carbohydrate-rich meals, Thracian Gladiators also had their own equivalent of Red Bull, an energy and calcium supplement consisting of a boiled concoction of charred Fenugreek, ground and charred bone, fermented fruit and spices. This alcoholic beverage allowed the gladiator an anaesthetic, painkilling effect, along with an absorbable form of calcium, to help repair damaged bone and tissue, should the lucky gladiator either survive his wounds or the infamous official ”Thumbs Down”, which would seal a more hapless warrior’s fate.

Can You Use Commercially Available Exogenous Ketones To Allow An Increase Of Carbohydrates On A Ketogenic Diet?

I think that what you’ll find happening here is that, if your carbohydrate intake is high enough (say over 100g daily, but this is only a ballpark guess), your body is unlikely to become ‘’Keto-Adapted,’’ as the preferential fuel will be glucose (derived from all your carbohydrates) rather than the ketone bodies.

So, the answer is no.

You have no hope of a Keto Cheat using EKs, I’m afraid.

But, Exogenous Ketones may come in handy for other things.

Exogenous Ketones may be helpful in certain circumstances:

What happens to the ketones?

They will meet the same fate as any other form of calorie: an excess will be stored as fat.

So, yeah we opened yesterday.

And it was about time, too!

We didn’t do the BIG GRAND OPENING strategy thing because, basically, I’m not a drama queen.

I didn’t feel the gym needed to be ”bumped with a trumpet” as, hey, just being open and legal to run was the biggest bump and push that we could’ve done!

Besides, the weather was grand and excellent for knocking the rust off and getting back to the business of fitness.

As part of the Level 4 Lockdown Mandate, we will be operating BodyWorks under the  Controlled Environment classification, which, along with all of the usual Distancing and Hygiene Guidelines allows for brief periods of intermittent distancing of 1 metre.

TO BETTER OBSERVE AND IMPLEMENT HYGIENE STRATEGY FOR A REGISTERED CONTROLLED ENVIRONMENT, BODYWORKS REQUESTS THAT ALL MEMBERS AND USERS OF THE GYM BRING (AND USE) THEIR OWN PERSONAL TOWELS IN THE GYM.

We will be required to keep a Record Of Usage, and therefore anyone who enters the premises must sign in and leave contact information ( a phone number). In case of a documented COViD-19 outbreak, the SOG will then be able to track & trace.

Face masks and protective gloves will be made available to all members who wish to use them.

We are looking forward to welcoming you all back aboard BodyWorks!

Guernsey has no documented cases of COViD-19!

This is fabulous news!

Let’s get back to doing what we do best!

We Are (Almost) Back In Biz

The announcement of Friday 22 May by the States Of Guernsey of their intention to transition from the current Level 3 to Level 4, lifting closure orders affecting gyms and leisure centres was almost a surprise…if a long-awaited and very welcomed one.

We are relieved and thrilled to announce that we expect to re-open this coming Saturday 30th of May, after 67 DAYS OF LOCKDOWN.

A factor which doesn’t seem to have stopped many other people from sounding off.

We are currently hard at work here at BodyWorks Gym prepping, cleaning, signing and ensuring that the gym will meet or exceed the requirements to provide a clean, healthy and virus-free environment and training experience. We intend to do this with the minimum inconvenience and hassle, while not compromising the upbeat environment that has always made BodyWorks a great place to train.

We are looking forward to welcoming back all our loyal, old members (some have been members for over 20 years) who have stuck with us during this challenging and unpleasant time (Big Karma Points to you all!); as well as previous and new members and customers!